Today, Earthjustice, on behalf of community group Molokaʻi Nō Ka Heke, brought legal action before the state Commission on Water Resource Management to restore stream flows to Kawela, Kaunakakai, Manawainui, and Waikolu Streams on Molokaʻi. The streams, located in the central region of the island, have been historically diverted by Molokaʻi Properties Limited, dba Molokaʻi Ranch, to supply the lands it owns on the island’s west side.

Although the Ranch shut down most of its operations over a decade ago and has abandoned many of its stream diversions, it has continued to drain water from Kawela and Waikolu Streams at amounts close to what it used during its heyday. Meanwhile, the Ranch’s Singapore-based parent company has offered the Ranch up for sale. The citizen action initiated today demands the return of diverted flows to the streams, a halt to wasteful diversions by the Ranch, and compliance with procedures to formally abandon and remove the diversion dams.

“For over a hundred years, these waters had been diverted miles across the island for cattle and ag operations on Molokaʻi Ranch,” said Molokaʻi Nō Ka Heke member Walter Ritte. “Significant negative impacts to the ahupua’a include the aquifers, the streams and life in the streams, the many fishponds along the shore, limu grounds, fish stocks and the health of the reef. Molokaʻi Ranch has shut down most of its operations and has put the ranch up for sale and cannot justify the need for these diversions.”

Kawela, Kaunakakai, and Manawainui Streams flow from the island’s lush windward mountain range to the south shore, while Waikolu Stream flows from the mountains to the north shore. All of the streams supported extensive settlement in pre-contact times, and are still used by residents for cultural subsistence practices. These streams also feed the groundwater aquifers that are the island’s source of drinking water and the south shore reef and fishpond ecosystems that are a key traditional food source for residents.

“Returning the water to Kawela ahupuaʻa will bring back life that it once had before,” said Molokaʻi Nō Ka Heke member and Kawela resident Lohiao Paoa. “It was known to provide for our people in the past, and it’s a crucial part of Moloka‘i’s water future. Kawela Stream deserves respect.”

The Molokaʻi community has been battling the Ranch over water rights for decades, resulting in landmark Hawaiʻi Supreme Court rulings that benefit all of Hawaiʻi and its people in affirming that water is a public trust and not private property. For example, in 2007, the Court made clear that it is private commercial water diverters like the Ranch — not the people who may be harmed — who bear the burden to prove a proposed water use will not harm the water resources and the rights of the public and Native Hawaiians.

The dry bed of Kawela Stream in Moloka‘i after flows are diverted by Moloka‘i Ranch.
Isaac Moriwake / Earthjustice

“Molokaʻi Ranch has been taking water from these streams for far too long with no accountability to the needs and rights of the ʻāina and the people of the island,” says Earthjustice attorney Mahesh Cleveland. “It’s time to return these waters to their natural flow, and for the Ranch to remove or remediate its diversion dams. We are committed to helping the people of Molokaʻi safeguard their water resources and the ecosystems that depend on them, now and for the future.”

Hawaiʻi law, including the state constitution and Water Code, establishes that fresh water resources like flowing streams and rivers are a public trust, which the state is obligated to protect and restore. The Commission, by law, must adopt instream flow standards (“IFS”) to protect instream public trust uses of water, including maintenance of fish and wildlife habitats, recreational uses, and Native Hawaiian traditional and customary rights. The IFS sets the minimum amount of water that must flow in the river or stream.

As with many rivers and streams across the state, the existing IFS for Kawela, Kaunakakai, Manawainui, and Waikolu Streams simply rubber-stamped the level of diversions when the Ranch and other end users were in full swing, which neither reflects current conditions, nor adequately protects public uses of the streams and connected groundwater resources.

Molokaʻi Nō Ka Heke’s legal action seeks to establish fully protective IFSs for Kawela, Kaunakakai, Manawainui, and Waikolu Streams and end the Ranch’s wasteful diversions. Molokaʻi Nō Ka Heke also requests that the Commission order the Ranch to remove and remediate abandoned diversion works and allow the streams to flow freely. The petition parallels legal actions other community groups have taken across the state, including the Nā Wai ʻĒhā case on Maui, in which community groups received a favorable ruling from the Hawaiʻi Supreme Court in 2012, and the Waiāhole case on Oʻahu, in which the court issued a landmark opinion in 2000 strongly affirming public trust protections for water resources. 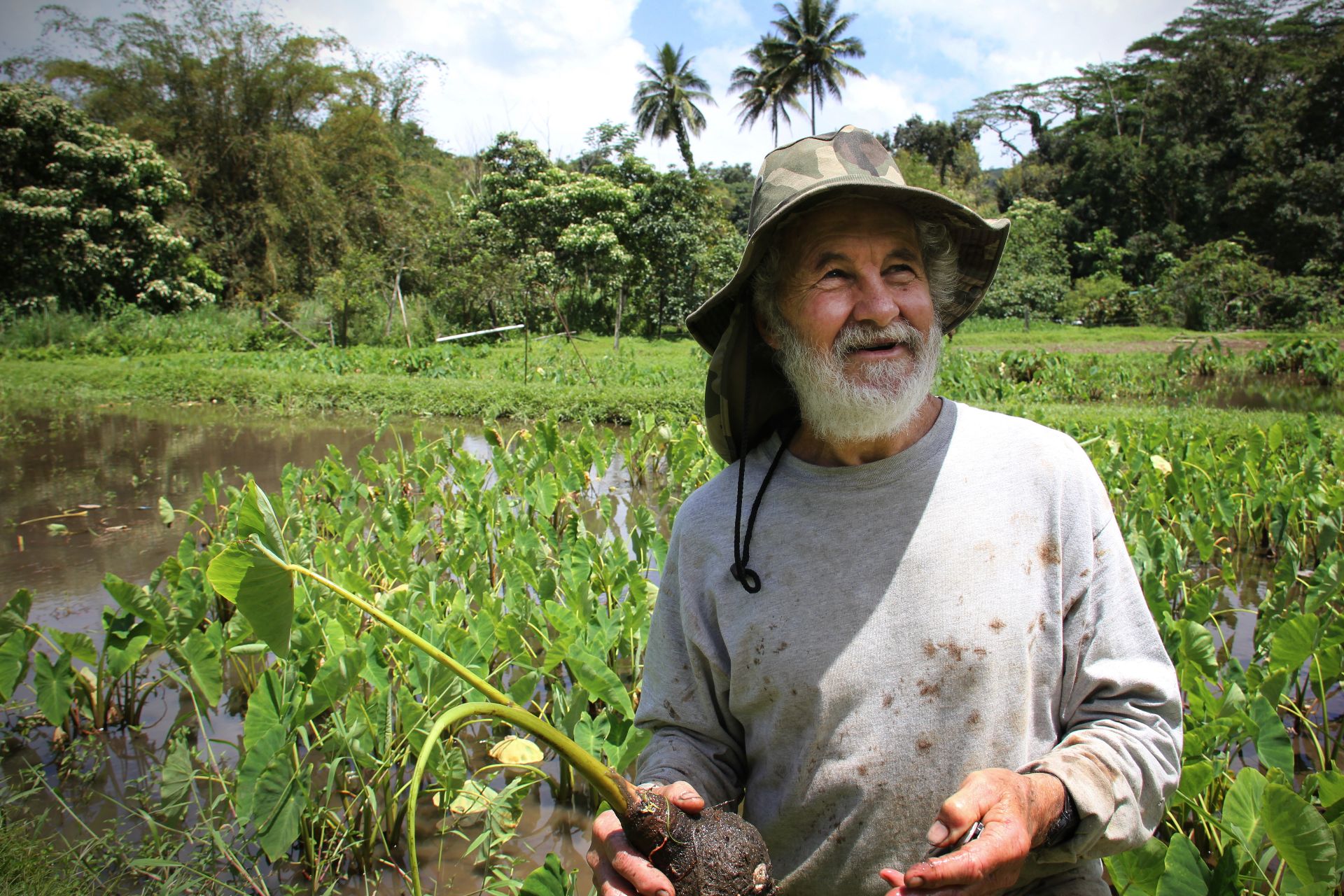 Charlie Reppun proudly displays a freshly harvested taro plant at his family farm in O‘ahu’s Waiāhole Valley. The Reppuns were one of the first families in Hawaiʻi to advocate for the return of water to the islands’ streams.
Ray Wan / Earthjustice

The South Shore of Moloka'i, with Kawela Valley on the left. Moloka‘i Ranch covers 55,575 acres, roughly one-third of the island. The Ranch’s plantation-era stream diversions in Central Moloka’i take water from native streams to the island’s dry west end. The Ranch is currently up for sale by Singapore-based GL Limited for $260 million.